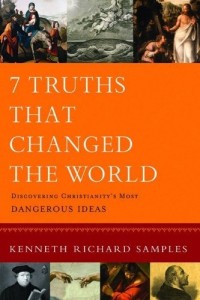 The subtitle to this book by Kenneth Samples is just as important, if not more important than the actual title, 7 Truths that Changed the World: Discovering Christianity’s Most Dangerous Ideas. But what does Samples mean by “dangerous”?

Mr. Samples merely means that in the secular west, Christian theology and philosophy is widely rejected and thus, its ideas are dangerous to the cultural majority. His goal in writing the book is not to hash out specific points of theology, but to demonstrate how the most central doctrines of historic Christianity challenge the dominant theological and philosophical views of our day. Samples says,

“This book is intended as an apologetic for the Christian faith’s central beliefs and values.”[1]

Samples says that the 7 most dangerous ideas of Christianity involve its teachings on (1) death & resurrection, (2) the existence & nature of God, (3) the nature of the universe, (4) the coherence of Christian explanations across a broad variety of disciplines, (5) mankind’s moral status & salvation by grace, (6) the inherent value of humanity, and (7) the assertion that good is coming from suffering.

Samples should be praised for his emphasis on the Resurrection of Jesus (chapters 1-2) and the Incarnation (chapters 3-4). These 2 concepts are clearly the most central truths of Christianity. I Corinthians 15:14 says, “if Christ has not been raised, then our preaching is in vain and your faith is in vain.” Prior to his ascension, Jesus said, “everything written about me in the Law of Moses and the Prophets and the Psalms must be fulfilled.”[2] Clearly, Christianity is all about Jesus and His resurrection. Without these, you do not have Christianity.

An additional strength of 7 Truths that Changed the World is its insistence upon salvation by grace alone through faith alone. Many apologetics books don’t necessarily deny this truth, but it isn’t affirmed as if it were a required doctrine within Christianity. Samples says,

The other 4 “dangerous” ideas are certainly unique to Christianity and their denial would result in a faith that cannot rightly be termed “Christian.” That said, I would have liked to have seen a section on the nature of Scripture. It seems that dedicating 2 chapters to the authority, inerrancy, faithful transmission, and reliable translation of Scripture would be a helpful addition to future editions of this book.

At the end of the day, Samples has penned a fabulous apologetics book. In my opinion, 7 Truths that Changed the World receives a top-shelf recommendation from me for 4 basic reasons:

Many apologetics texts are simply too academic to be useful for a lay person. Samples’ work is surprisingly readable and puts advanced arguments in a comprehensible format. His writing is clear and to the point. That said, you need to be prepared to engage your brain when you pick up this book.

On one hand, theologians are often criticized for stating what we believe without stating why someone should believe it. On the other hand, apologists are often criticized for stating why Christianity is true while being theologically illiterate. Samples does a nice job of explaining the doctrinal and theological significance of each point he makes before defending why you should actually believe what he’s saying. This book is far more apologetics than doctrine, but I appreciated his effort to end the neglect of theology that is common amongst apologists.

Throughout the book, Samples contrasts the doctrines of Christianity with prominent worldviews such as Islam, Atheism, Hinduism, Judaism, and Buddhism (to name a few). The point of the book is not to rigorously explain each opposing view. However, Samples’ ability to draw out distinctions between the various worldviews makes his book unique and equips the reader to be more effective in daily conversations.

For seasoned apologists, this book is a useful resource. While Samples’ arguments are not brand new, he does reframe several issues to demonstrate the apologetic value of key Christian doctrines. For those who grew up in the church and may take the unique doctrines for granted, Samples sheds light on why non-Christians may find Christianity bizarre. With newly opened eyes, both the seasoned apologist and the rookie apologist will find 7 Truths that Changed the World insightful and powerful.

Final Grade for 7 Truths that Changed the World: A-

Your Calling Is Not Your Identity 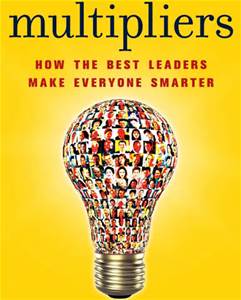 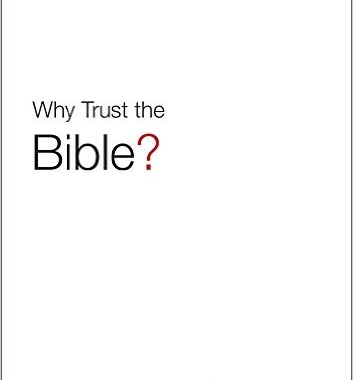 Why Trust the Bible: Book Review